The aluminium double ended ferry, an Urban Sprinter 2000 named Corcovado, designed by CoCo Yachts and built by AFAI Southern Shipyard in Guangzhou for SETRANS Rio de Janeiro, has recently been delivered to SETRANS. The Corcovado is the second vessel out of a series of seven. The seven Urban Sprinters 2000 will sail on Guanabara Bay between Rio de Janeiro and Niterói.

The Corcovado can transport 2000 passengers, and due to severe and specially designed noise & vibrations insulation measures, in combination with Pon Power – Caterpillar main diesel generators, Bakker Sliedrecht – PON electric propulsion and VETH contra rotating azimuth thrusters, extreme low noise &vibrations levels were achieved, with an average noise level of 60 dB(a) in the passenger areas and 64 dB(a) in the wheelhouses, so the trip will be very comfortable.

The new Urban Sprinters 2000 have an air conditioning system installed, with a capacity to achieve 24 degrees inside with the weather conditions in Rio de Janeiro. 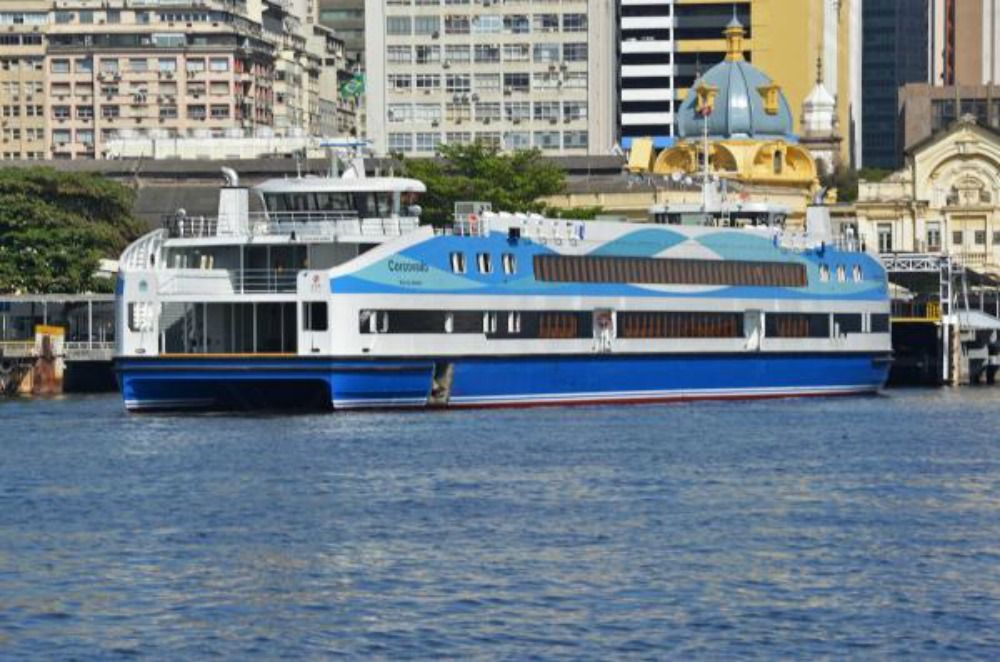