On October 29, 2018, Plenty Ships Zhuhai has delivered the 7th CoCo Yachts designed Coastal Cruiser 199 to Peng Xing ferry Co. During the years the design has been changed quite a lot due to updates of the China Classification rules, and the fact that all new high-speed vessels running between China and Hong Kong must be IMO-HSC-2000 compliant. Also, the new bridge, running from Hong Kong to Macau, has limited the allowed air draft of the ferries.

After successful sea trials in September, an official speed was recorded at full load and 95% MCR of 31.0 knots, being 0.5 knots higher than the contract speed.

After the crew training and certification has been finalized, Peng Xing 22 will start her operation between Shenzhen, Zhuhai and Hong Kong. 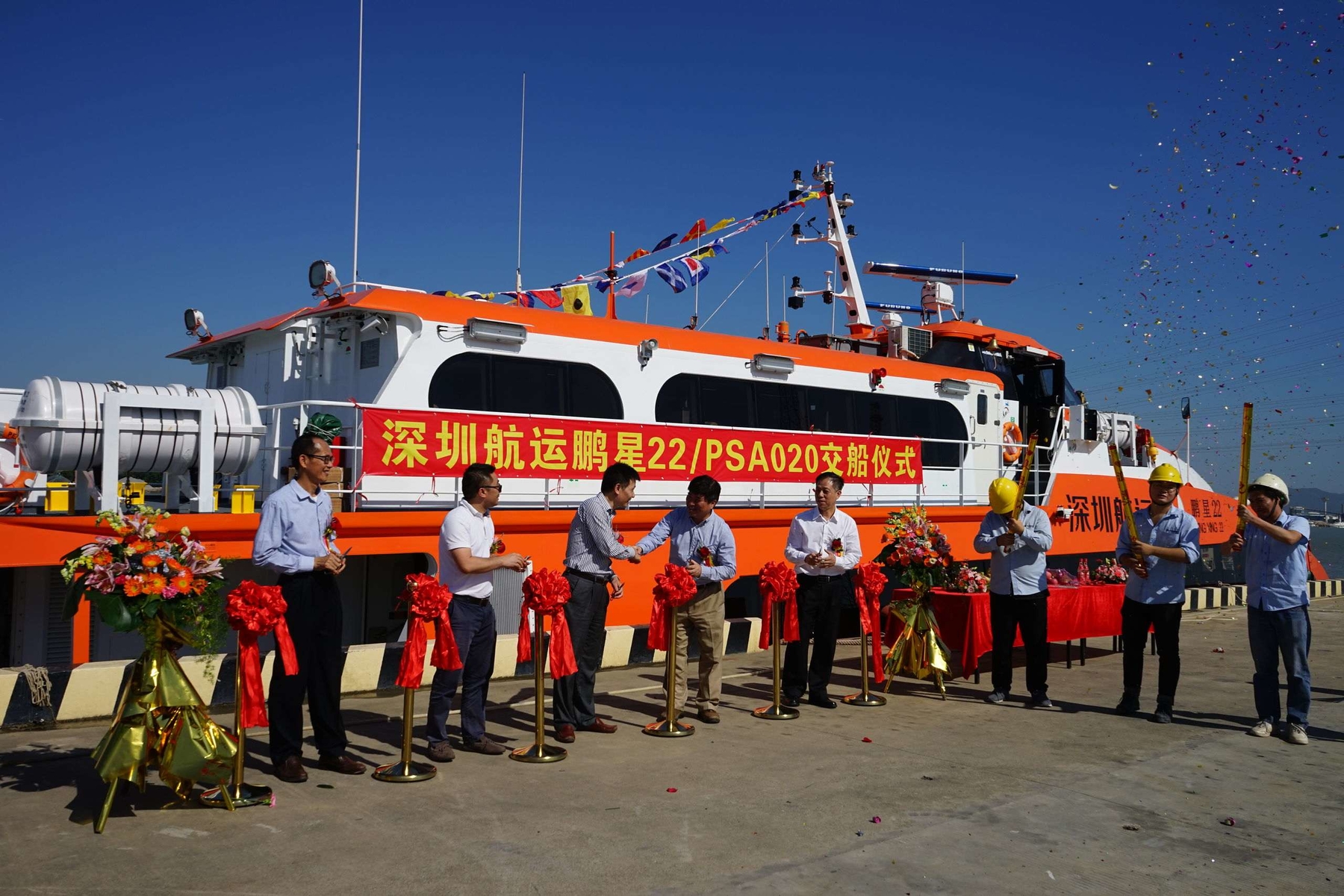 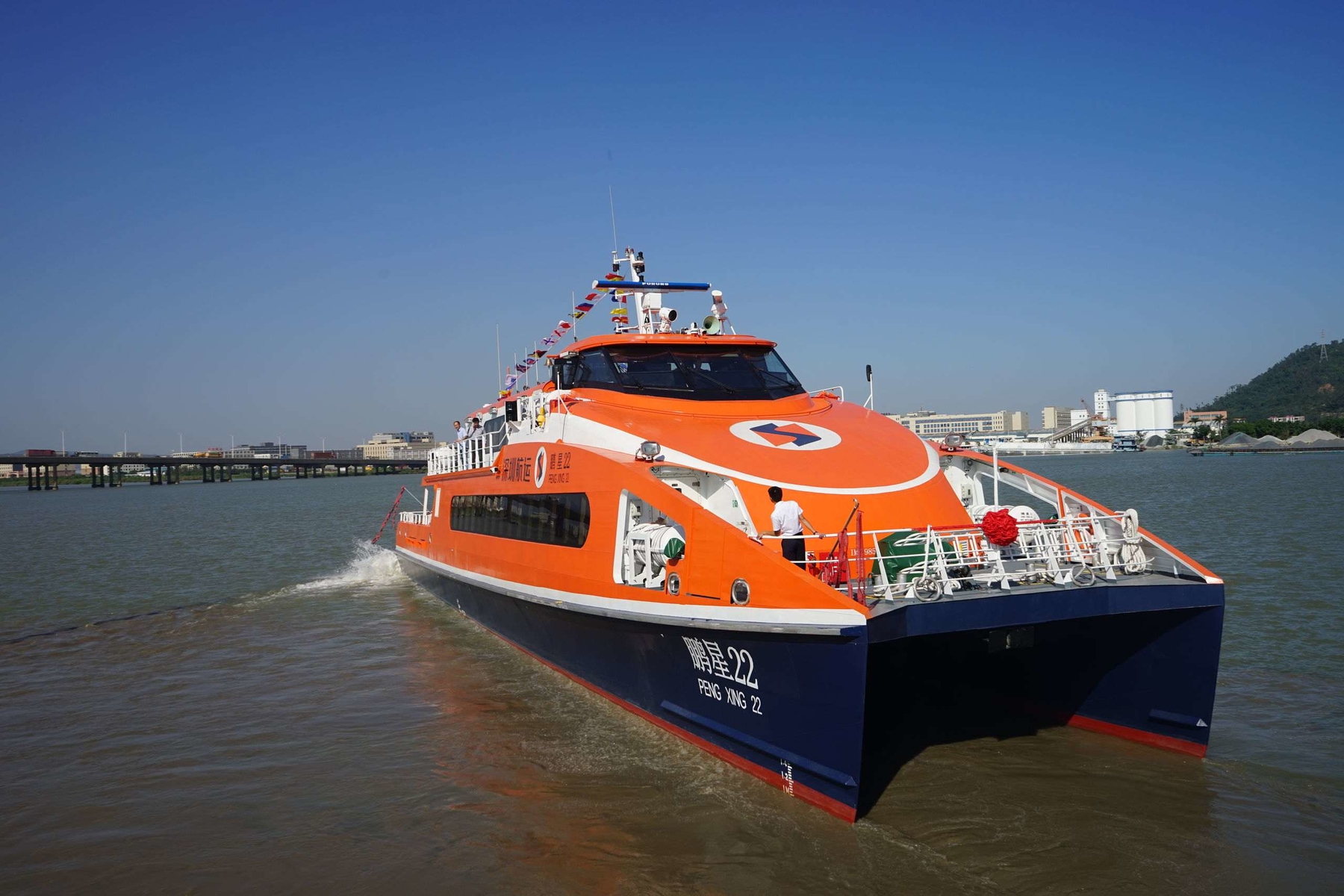