The aluminium double ended ferry called Urban Sprinter 2000, has been designed by CoCo Yachts and built by AFAI Southern Shipyard in Guangzhou for SETRANS Rio de Janeiro. The Pão de Açúcar is the first vessel out of a series of seven. The seven Urban Sprinters 2000 will sail on Guanabara Bay between Rio de Janeiro and Niterói.

The vessels recorded speed at deep-water and trial load condition when running at 90% power was 18.3 knots.  The sleek long hulls are designed to optimise efficiency with very small propeller diameters to ensure the required maximum draft of 1.8m, and at the same time reduce fuel consumption. When running on one (1) main diesel generator and four (4) azimuth thrusters, as speed of approx. 15 knots can be achieved in trial load condition.

The double ended ferry has been designed and built to embark and disembark on main and upper deck at the same time, resulting in a reduced time in port of approx. 5 minutes. The improved efficiency can be used to increase sailing frequencies in peak hours to increase the number of passengers, or to further reduce fuel consumption in down times.

The new Urban Sprinters 2000 have an air conditioning system installed, with a capacity to achieve 24 degrees inside with the weather conditions in Rio de Janeiro. 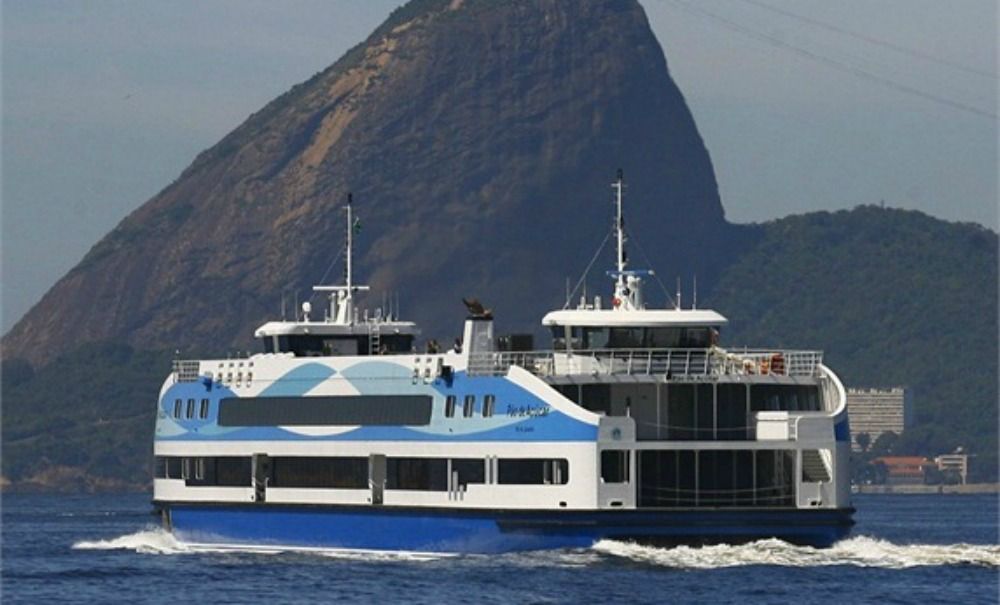 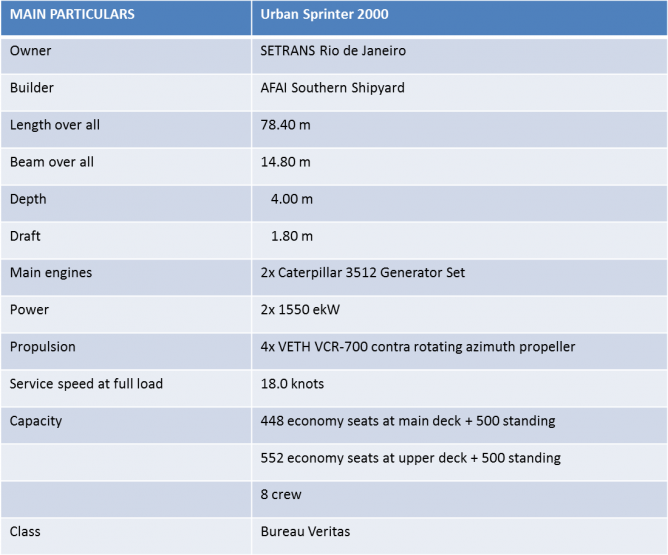